The Studio Albums 1990–2009 is a box set released by Green Day containing every studio album released up to that point.

This box set contains the standard version of each album with the exception of Warning, which contains the special edition UK version. 1,039/Smoothed Out Slappy Hours is included in this box set in place of 39/Smooth as Green Day's first studio album. 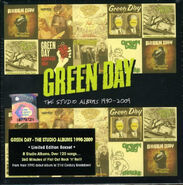 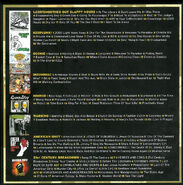