The BBC Sessions Part 1 is the fifth live EP and tenth overall EP by Green Day released through Reprise Records under exclusive license from BBC.

"We are stoked to announce never-before-pressed onto vinyl recordings of the classic Green Day songs "2000 Light Years Away" and "She". Presenting Green Day’s The BBC Sessions Part 1, Limited Edition 7” Vinyl! This badass platinum white vinyl features newly mastered recordings from a live 1994 performance on BBC Radio One in England. We want to make sure you get a chance to get this limited special release, so we are giving first dibs to our awesome Oakland Coffee Club subscribers."
— The Oakland Coffee Team

The BBC Sessions Part 1 was recorded live during the Dookie World Tour on June 8, 1994 at Maida Vale Studios in London, England, U.K. for play on BBC Radio One. These recordings have notoriously been included on many bootlegs, but did not recieve an official release until 2021 when Green Day announced they would be remastering them to release as their seventh live album, BBC Sessions.

Pre-orders for the The BBC Sessions Part 1 were put up on the Oakland Coffee Works website on July 4, 2021, exclusively for subscribers of the Oakload Coffee Club. The album was released on July 19, 2021.[1] 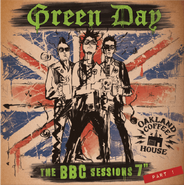 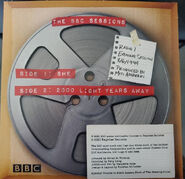 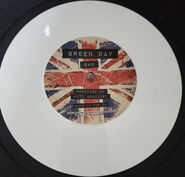 Disc Side A
The BBC Sessions Part 1 - Disc Side B.jpg
Disc Side B