The EP contains three remixed songs from the ¡Uno! and ¡Dos! sessions. Tracks 1-2 was originally ¡Dos! and track 3 was originally from ¡Uno!. Green Day stated in a press release that the purpose of the EP was to "showcase big guitar in a way these tracks have never been heard before".[1] The EP is named after Green Day's home recording studio, Otis where these tracks were remixed and the newly amplified guitar sounds.

The band had previously released an Otis Mix version of "Fell for You" on August 4, 2017, however, that track was not includeded on this EP.

Otis Big Guitar Mix was released through Reprise Records on April 3, 2020 for download as a digital-only EP. The EP was released with no prior promotion and was a surpise announcement by the band.[2][3]

All lyrics written by Billie Joe Armstrong, all music composed by Green Day. 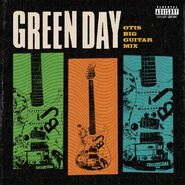