BBC Sessions is the ninth live album by Green Day.

BBC Sessions features newly mastered live recordings of their songs from their sessions on the Steve Lamacq Show for BBC Radio One at the Maida Vale between June 8, 1994 and August 28, 2001. Every song played during those sessions is included on the album, with the exception of "One of My Lies" and "Scattered" from their 1998 session. The album contains 16 tracks across 4 different sessions, with each session containing 4 tracks.[1] The album cover shows the black and white trio looking at the camera, with with their skin colored in white contrasted to the black background, surrounded by a gray border. The color visible is Billie Joe's tie in blue and his hair in yellow. The band's name is in small white text on the right side with the album title below in pink letters.

A pre-order for BBC Sessions was put up on October 21, 2021. The album was released worldwide on December 10, 2021 through Reprise Records (under exclusive license from BBC) on both CD and 12" vinyl.

To promote the album Green Day released one song per week on their YouTube channel, starting with "2000 Light Years Away" on October 21, 2021.[4]

On Metacritic, BBC Sessions currently hold a rating of 84/100 based on four reviews, indicating "universal acclaim".[5]

Stephen Thomas Erlewine of AllMusic gave the album a rating of 4/5 stars stating "Taken together, the BBC Sessions emphasizes both the connective threads and creative evolution of Green Day during the first act of their career, which makes it a worthy historical document in addition to a first-rate live album."[6] Ian Winwood of Kerrang! rated the album 4/5 stars, calling it a "collection of impossibly fluent songs delivered in momentary fashion."[7]

Mojo gave the album a rating of 4/5 stars stating it was "a reminder that Green Day's songwriting is far more nuanced than they're often given credit for". Classic Rock also gave the album a rating 4/5 stars stated "Although there are 16 tracks here from four sessions at the BBC's Maida Vale studios between that date [June 8, 1994] and August 2001, there's something about the four tracks they recorded while riding high on Dookie's success that crackle with extra force." Writing for Ultimate Classic Rock, Gary Graff stated that BBC Sessions is "a welcome adjunct and a study in how consistently strong and exciting the group has been while handling changes - both subtle and dramatic - in its sound."[8]

Billie Joe has stated "oftentimes I think the BBC session recordings are better than the originals."[3] 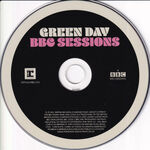 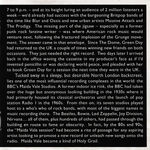 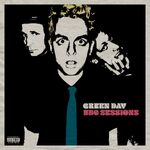 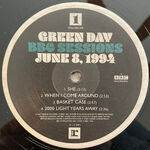 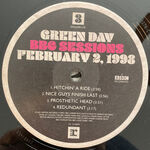 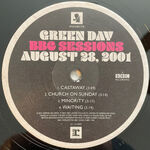