1,000 Hours is the debut EP from Green Day, released in April 1989 by Lookout! Records, the label that nurtured the band's development in its early years before the group's signing with a major label in 1993.

1,000 Hours was recorded in 1988 while the band was still named Sweet Children. Shortly after it was recorded, the band changed its name to Green Day, despite the objections of Lookout! Records' owner Larry Livermore.

Billie Joe's name is incorrectly spelled as "Billy" in the credits. 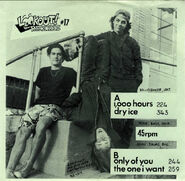 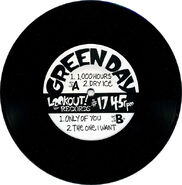