¡Uno! was released on September 21, 2012 by Reprise Records and debuted at number two on the US Billboard 200 with first-week sales of 139,000 copies. However, most of the songs leaked on the internet before the release of the album. Some songs off ¡Uno! and the rest of the trilogy were played live at secret shows during 2010-2011. It was recorded from February to June 2012 at Jingletown Studios in Oakland, California. 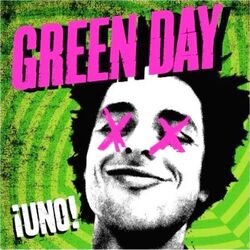